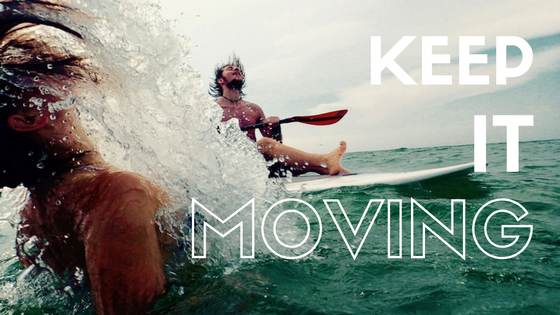 Last week I talked about habits “we are what we repeatedly do” and this jives nicely with this week topic which is:

We are creatures of habit ‘us’ human beings. And what and how we do things form these habits.

Sir Isaac Newton said,  “A body at rest will remain at rest, and a body in motion will remain in motion unless it is acted upon by an external force.”

So if you want to feel more energized, vital and in even better shape you gotta “keep your body moving.” You can’t just sit there and do nothing. I believe you have to move the greatest energy machine in the universe ‘your body’ into action!!!!

It’s not rocket science. In fact, it’s so simple it’s often overlooked especially when we are feeling out of balance and lethargic.

I am a high energy person. It’s something that I’ve cultivated over time and you can too. When you move your body every day in someway you invite the cells of your body to oscillate and perk up; and it can change an ordinary day into an extraordinary day just because you are getting outside and moving around and choosing to feel good.

I’m sure you’ve read before how good exercise is for you. However, if you’re ever in doubt as to whether it can better you’re life too – I told a friend who had a job interview to go for a short run first thing in the morning when he woke up as preparation for a job interview he had. I said it would help him get the job and that he would look glowing. He thought about it and said, “Yeah I’m gonna do that.” The funny thing was even though I said that, I was actually joking. And furthermore, as the story unfolds, he did end up getting that job!! So, after that episode of sharing some advice jokingly I now follow it too and when I have an important meeting first thing – I go for a run!!

It doesn’t matter how you move your body whether it’s through dance, running, HIIT, cycling, gym or soccer, we have plenty of videos on K’s Perfect Fitness TV to keep you going daily for well over a year. The only thing that matters is that you enjoy the movement because your body will thrive and find it’s optimum state when you keep it moving.

My interpretation of what Sir Isaac Newton was saying in this context being fitness –  is that “if you keep your body moving; it will be easier to keep it moving”. 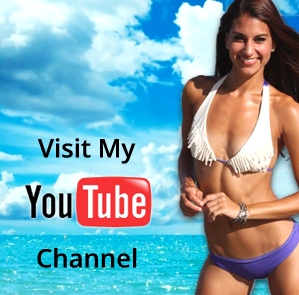